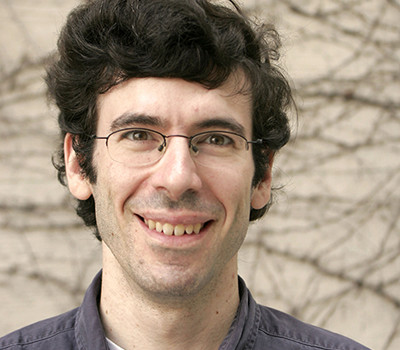 ACM SIGKDD is pleased to announce that Prof. Jon Kleinberg is the winner of the 2013 Innovation Award. He is recognized for his seminal contributions to the analysis of social and information networks, mining the web graph, study of cascading behaviors in networks, and the development of algorithmic models of human behavior.

ACM SIGKDD Innovation Award is the highest award for technical excellence in the field of Knowledge Discovery and Data Mining (KDD). It is conferred on one individual or one group of collaborators whose outstanding technical innovations in the KDD field have had a lasting impact in advancing the theory and practice of the field.

Professor Kleinberg has critically contributed to the development of the field of data mining. His development of new algorithms and clean formalizations of novel data mining problems had profound effect on the field. His research has paved new ways and opened many new problem areas.

Kleinberg is probably best known for his work on social and information networks. His works include the Hubs and Authorities (HITS) algorithm for computing importance scores of nodes in a graph, methods for predicting the occurrence of new links in networks, and an algorithm for maximizing the spread of influence through a social network. Kleinberg’s work also had profound implications on what we know about the structure and evolution of online networks. For example, he discovered that networks evolve by the network diameter shrinking while also densifying as the number of edges grows faster than the number of nodes. Moreover, Kleinberg also made fundamental contributions to algorithmic consequences of the small world phenomena. He was the first to realize that Stanley Milgram's famous “six degrees of separation” experiment implied not only that there exist short paths between individuals in social networks but also that people seem to be good at finding those paths. This observation and the accompanying model had implications on conceptual understanding of social networks as well as the design of modern peer-to-peer systems.

Most recently, Kleinberg has been interested in developing methods for studying social phenomena on the Internet. For example, he worked on understanding ways in which humans evaluate and express opinions about each other, the role of structural diversity and social contagion in networks, link formation and network evolution as well as the analysis of temporal bursts in networks.

Kleinberg has also contributed to the data mining and the broader scientific community by writing books, organizing conferences, editing journals, and giving keynote speeches. For example, he serves on the ACM WSDM Steering Committee, and was a keynote speaker at KDD 2007. He also wrote textbooks on algorithms, Algorithm Design, co-authored with Éva Tardos, as well as on networks, Networks, Crowds, and Markets: Reasoning About a Highly Connected World.

Jon Kleinberg is the Tisch University Professor of Computer Science at Cornell University. He received NSF Career Award, an ONR Young Investigator Award, a Packard Foundation Fellowship, and a Sloan Foundation Fellowship. Among other honors, he received a MacArthur Foundation Fellowship also known as the "genius grant" in 2005 and the Nevanlinna Prize in 2006, an award that is given out once every four years along with the Fields Medal as the premier distinction in Computational Mathematics. Kleinberg is also a member of the National Academy of Engineering, the American Academy of Arts and Sciences as well as the United States National Academy of Sciences.

The award will be presented at the Opening Plenary Session of the 19th ACM SIGKDD International Conference on Knowledge Discovery and Data Mining, on August 11, 2013 in Chicago, Illinois. Prof. Kleinberg will present the Innovation Award Lecture immediately after the awards presentations.

ACM SIGKDD is pleased to present Prof. Jon Kleinberg its 2013 Innovation Award for his seminal contributions to the analysis of social and information networks, mining the web graph, study of cascading behaviors in networks, and the development of algorithmic models of human behavior.