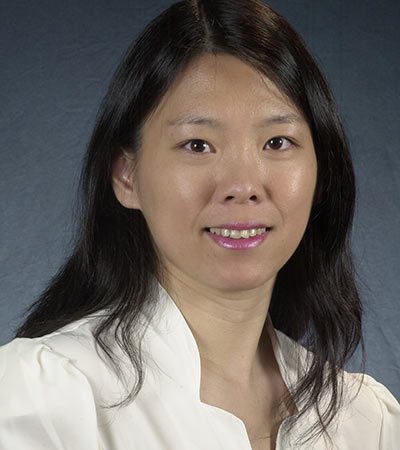 ACM SIGKDD is pleased to announce that Wei Wang is the winner of its 2016 Service Award for her exceptional technical contributions to the foundation and practice of data mining and for her excellent services to the data mining community.

Wei Wang has fully engaged herself in recruiting, mentoring, and promoting young researchers, especially students from female and underrepresented minority groups. To broaden participation of students, especially female and minority students, in premier conferences, she has led the efforts of applying for NSF grants to support student travel fellowships five times in the past that enabled hundreds of students to attend the conferences. She led the effort of promoting “women in computing” at the ACM BCB conferences, featuring keynote speeches by distinguished female scholars, forums promoting research by female faculty and students, and travel awards to female students.

Wei Wang received a M.S. degree from Binghamton University and a Ph.D. degree from University of California, Los Angeles (UCLA). She is currently a professor at UCLA, and co-directs the UCLA Scalable Analytics Institute and the NIH BD2K Centers-Coordination Center. Wei Wang has made many contributions to the fields of clustering high dimensional data, sequential pattern mining, and graph mining. She is also a pioneer in applying data mining methods to biomedical domains. She has published over 150 research papers which include two best paper awards. Her contributions were also recognized by an NSF CAREER Award, a Microsoft Research Faculty Fellow, a Phillip and Ruth Hettleman Prize for Artistic and Scholarly Achievement, an Okawa Foundation Research Award, and an ICDM outstanding Service Award.

The award includes a plaque and a check for $2,500 and will be presented during the Opening Plenary Session of the 22nd ACM SIGKDD International Conference on Knowledge Discovery and Data Mining (KDD-2015), on Sunday August 14th in San Francisco, U.S.A.