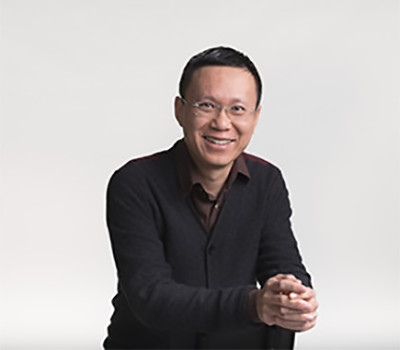 ACM SIGKDD is pleased to announce that Jian Pei is the winner of its 2015 Service Award for his significant technical contributions to the principles, practice and application of data mining and for his outstanding services to society and the data mining community.

Pei has a long history of contributing to the frontier of data mining research and serving the data mining community. As one of the most cited authors in data mining, Pei is one of the key organizers of many KDD and data mining conferences and events, such as ACM KDD, IEEE ICDM, SIAM Data Mining, and ACM CIKM, in various roles, such as general co-chair, program committee co-chair, tutorial co-chair, workshop co-chair, and senior program committee member.  He is the current editor-in-chief of the IEEE Transactions on Knowledge and Data Engineering, and is serving or served as an associate editor of several premier academic journals in the general fields of data mining, data science, and data analytics, such as the ACM Transactions on Knowledge Discover from Data, Knowledge and Information Systems, and Data Mining and Knowledge Discovery.  He is currently serving as a director of ACM SIGKDD. Carrying his vision and experience from his productive research, Pei sticks to the highest professional standard in his services to the society and the community, and always advocates new ideas and emerging directions.

Pei is dedicated to promoting data mining and data science.  He contributed many tutorials, lectures, and short courses to both the data mining community and the broader communities interested in data mining. He has trained over 40 graduate students and other highly qualified personnel.  Many of his students are active in industry and academia.  Close to 50% of his students are female.

Pei’s outstanding professional services have been concretely built on his prolific research.  He is responsible for a series of fundamental data mining methods, such as FP-growth and PrefixSpan, which have been covered by popular data mining textbooks, taught in undergraduate and graduate data mining courses, adopted by industry, and implemented in many popular open source data mining toolkits. Since 2000, Pei has published over 200 technical contributions, which have been cited more than 50,000 times.

Pei received a B.Eng degree and a M.Eng degree from Shanghai Jiao Tong University, China, and a Ph.D. degree in Computing Science from Simon Fraser University, Canada.  He is currently a Canada Research Chair in Big Data Science, a Professor in the School of Computing Science and an associate member of the Department of Statistics and Actuarial Sciences at Simon Fraser University.  He also holds the courtesy appointments as a Chao Kuang-Piu Chair Professor at Zhejiang University and a Distinguished Adjunct Professor at King Abdulaziz University.  He is a Fellow of IEEE and a Senior Member of ACM.  He received several prestigious awards, including the 2014 IEEE ICDM Research Contributions Award.

The award includes a plaque and a check for $2,500 and will be presented during the Opening Plenary Session of the 21st ACM SIGKDD International Conference on Knowledge Discovery and Data Mining (KDD-2015), on Monday August 10th in Sydney, Australia.