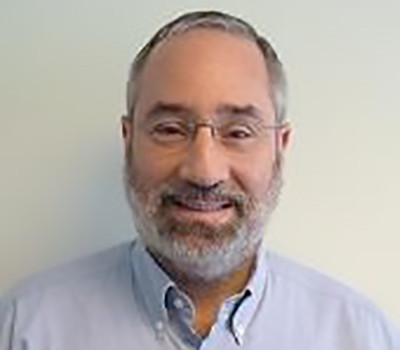 ACM SIGKDD is pleased to announce that Ted Senator is the winner of its 2014 Service Award for his contributions to society and the data mining community.

Senator has a long history of serving the data mining community. His service has impacted the direction of major conferences that helped define distinctions between research and applications of KDD and led to recognition of the distinct challenges and accomplishments of those who apply KDD to solve problems with real business, Government, and social value. He served as the General Chair of KDD-2003 and as the Industry Government Track Program co-Chair in 2010, 2011, and 2013. He was the Program co-Chair and Chair of Innovative Applications of Artificial Intelligence (IAAI) in 1996 and 1997 and has been a Program Committee member every year since 1993. He has been the Secretary-Treasurer of AAAI since 2003 and is the Treasurer for KDD-2014.

As a three-time Industry Government Track Program co-Chair of KDD, Senator initiated and led the significant re-structuring and rejuvenation of the track, reorganizing it into three subareas: deployed, discovery, and emerging. Papers in each subarea feature the distinct benefits and approaches to different aspects of data mining usage and recognize the significant efforts and accomplishments of authors who report on efforts that use data mining techniques to solve real problems with real value for real users in industry and government. Similarly, as Program co-Chair and Chair of IAAI in 1996 & 1997 Senator added the “emerging” area to the previous “deployed” area that revitalized the IAAI conference and provided a venue for applied work that was on a path to deployment.

As a program manager at DARPA between 2000 and 2006, Senator provided approximately $100M in research support that helped establish the emerging areas of relational data mining and transfer learning, as well as applications to bio-surveillance. His work was recognized with the Office of the Secretary of Defense Exceptional Public Service Medal.

In addition to his service, Senator is responsible for several data mining applications and technical innovations. He created and led teams applying data mining to detecting and preventing money laundering, stock market violations, security violations, and insider threats. His work has been recognized by citations in the data mining literature as well as by the Association for the Advancement of Artificial Intelligence’s (AAAI’s) Innovative Applications Award in 1989, 1995, and 1998. His 20+ publications and his invited and keynote talks at conferences including KDD, ICDM, and IAAI include introducing ideas to the data mining community of entity resolution and analysis of networked data, as well as multi-stage classification, in papers he published in 1995 and 2005.

Senator received S.B. degrees in Physics and in Electrical Engineering from MIT. He has additional graduate education in physics, computer science, finance, and information technology. He is currently a Technical Fellow at Leidos (formerly SAIC). His previous work was conducted at DARPA, NASD Regulation (now Financial Industry Regulatory Authority, or FinRA), and the US Department of the Treasury’s Financial Crimes Enforcement Network (FinCEN).

The award includes a plaque and a check for $2,500 and will be presented during the Opening Plenary Session of the 20th ACM SIGKDD International Conference on Knowledge Discovery and Data Mining (KDD-2014), on Sunday August 24th in New York City, USA.