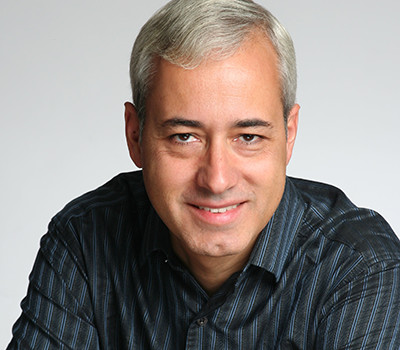 ACM SIGKDD is pleased to announce that Pedro Domingos is the winner of its 2014 Innovation Award. He is recognized for his foundational research in data stream analysis, cost-sensitive classification, adversarial learning, and Markov logic networks, as well as applications in viral marketing and information integration.

Prof. Domingos carried out some of the earliest research on mining data streams. His VFDT algorithm was the first to be capable of learning decision trees from streams while guaranteeing that the result is very close to that of batch learning, and remains the fastest decision tree learner available. He went on to generalize the ideas in VFDT to clustering, the EM algorithm, Bayesian network structure learning, and other problems. The resulting VFML toolkit is one of the best open-source resources for stream mining.

Another of Prof. Domingos' key contributions was the MetaCost algorithm, perhaps the most widely used algorithm for cost-sensitive classification. Previously, misclassification errors with different costs were handled by oversampling or undersampling the classes, both of which have serious drawbacks. Instead, MetaCost decision-theoretically relabels examples to minimize cost while preserving the data distribution.

Prof. Domingos was a pioneer in social network mining, where he defined the influence maximization problem and proposed the first algorithms for it. The goal of influence maximization is to optimally choose which nodes in a network to influence such that the greatest possible cascade of word of mouth results. This has led to both a new area of research and intense interest from industry.

Another area that Prof. Domingos helped start is adversarial learning. In many areas, including spam filtering, fraud detection and counter-terrorism, the people being modeled by the learning system modify their behavior adversarially in response to the system. For example, spammers modify their messages to fool the spam filter. Prof. Domingos defined the problem of adversarial classification as a game between a learner (whose moves are classifiers) and an adversary (whose moves are perturbations of the data), and developed the first algorithm to solve it. Adversarial learning has since grown into a major area of both fundamental and applied interest.

Prof. Domingos also pioneered the use of machine learning methods in information integration, a problem of crucial importance to large organizations that includes schema matching, ontology alignment and entity resolution. Prof. Domingos addressed each of these, and learning-based approaches to them are now standard.

In the last decade, Prof. Domingos has led the field of statistical multi-relational learning which is essential for a mature science of knowledge discovery. Prof. Domingos has proposed Markov logic networks as a means to unify first-order logic and probabilistic graphical models. This formalism form the basis of research by many different groups, and of the open-source Alchemy system.

Prof. Domingos received his Ph.D. in Information and Computer Science from the University of California, Irvine, in 1997, and is currently Professor of Computer Science and Engineering at the University of Washington. He has authored or coauthored over 200 technical publications, several of which have received best paper awards. He was program co-chair of KDD-03 and associate editor of JAIR, co-founded the International Machine Learning Society, and serves on the editorial board of Machine Learning. He is a AAAI Fellow, and has received many previous distinctions, including an NSF CAREER Award, a Sloan Fellowship, an IBM Faculty Award, and a Fulbright Scholarship.

The award includes a plaque and a check for $2,500 and will be presented at the Opening Plenary Session of the 20th ACM SIGKDD International Conference on Knowledge Discovery and Data Mining (KDD-2014), on Sunday August 24th in New York City, USA. Prof. Domingos will present the Innovation Award Lecture immediately after the awards presentations.