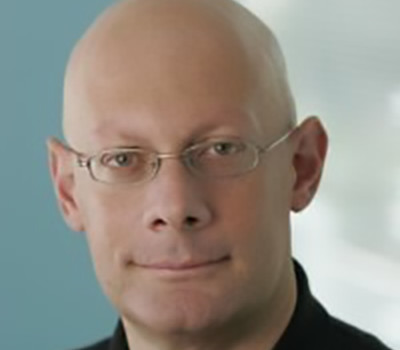 Fayyad is recognized for his seminal work on the development data mining, machine learning algorithms and their scalability to massive database systems, and fundamental applications of data mining in scientific discovery and commercial database systems.

Fayyad's early contributions include the theoretical analysis of decision tree learning algorithms and the invention of some of the fundamental algorithms in decision tree induction from large scale data. His algorithm for discretization of numerical attributes has been and remains the state-of-the-art method in the machine learning and data mining communities for the past decade. His work on applications of data mining and statistical pattern recognition to massive scientific data sets in Astronomy, Planetary Geology, and remote sensing at NASA's Jet Propulsion Lab (JPL), California Institute of Technology have led to solving significant scientific advances and new discoveries in those fields. He received a U.S. Government Medal from NASA for this work as well as the JPL Lew Allen Award for Research Excellence from Caltech -- the highest honor granted to JPL scientists.

Fayyad has played a leading innovative role in the development of the data mining industry by launching a startup company, Revenue Science Inc. (digiMine, Inc.) that developed an innovative business model around hosted on-demand applications of data mining, business intelligence, and targeting algorithms. His second start-up, DMX Group was acquired by Yahoo! Inc. in 2004 where, as a member of the senior executive team as the industry's first Chief Data Officer, he presides over the world's largest data streams (processing over 25 terabytes of data per day), and launching and overseeing Yahoo! Research which has the mission of inventing the new sciences underlying the data-rich areas of Internet, Microeconomics of the Web, and Search and Information Navigation over the world's largest collection of knowledge: the world-wide web.

Fayyad is co-editor of two influential books in data mining and knowledge discovery and has published over 100 technical articles in machine learning, Artificial intelligence, data mining and databases. He is a prolific inventor with over 30 patents issued and over 50 filed patents in the areas of data mining, on-line marketing and the Internet.

Fayyad has actively participated in the KDD community. He served as Program Co-Chair of the First International Conference on Knowledge Discovery and Data Mining (KDD 1995), and served as general chair of KDD-96 and as first general chair when the conference moved to ACM SIGKDD in 1999. He is the founding Editor-in-Chief of the primary technical journal in the field: Data Mining and Knowledge Discovery and remained as editor-in-chief for its first decade. He is founding Editor-in-Chief of ACM's SIGKDD Explorations, the official newsletter of the SIGKDD. He is a Fellow of the AAAI (Association for Advancement of Artificial Intelligence) and a Fellow of the ACM and is the recipient of many industry awards.