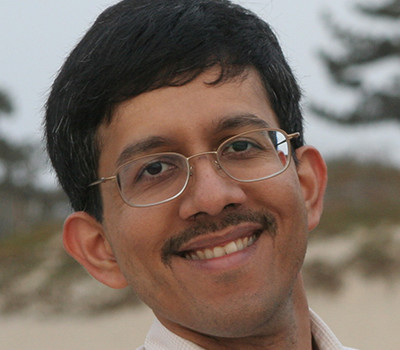 In each case, Srikant invented pruning techniques and data structures that kept the execution times practical.

Srikant also showed how to push constraints over the set of items in the discovered associations into the mining algorithms. For this body of work, Srikant was awarded the prestigious Grace Murray Hopper award in 2002, which is given to the outstanding young computer professional of the year.

Srikant has also been instrumental in developing new technologies for data mining that respect the privacy of individuals whose data is being mined. There have recently been growing concerns that data mining is too powerful and that it can impinge on consumers' privacy.

The conventional wisdom has been that data mining and privacy are adversaries, and the only way to protect privacy was to restrict the use of data mining. Srikant cleverly resolved this contradiction by developing techniques for "privacy preserving data mining" that exploit the difference between the level where we care about privacy, i.e., individual data, and the level where we run data mining algorithms, i.e., aggregated data. User data is randomized to disallow recovery of anything meaningful at the individual level, while still allowing recovery of aggregate information to build mining models.

Srikant's publications have had significant impact on the research community evidenced by their very high citations. His VLDB '94 paper, describing the Apriori algorithm for mining association rules, was awarded the 10-year best paper award at the 2004 VLDB conference.

The commercial impact of Srikant's work is equally impressive. Srikant was a key architect and code contributor for IBM Intelligent Miner, a technically sophisticated data mining product. Association rules are now considered one of the three primary data mining techniques (along with classification and clustering), and are part of the standard feature list for data mining products.

Srikant has actively participated in the KDD community. He served as Program Co-Chair of SIGKDD 2001 and PAKDD 2004, Vice Chair (Data Mining Track) of WWW 2006, Deputy Chair (Data Mining Track) of WWW 2004, and Vice Chair of ICDM 2004. He is the Editor-in-Chief of SIGKDD Explorations, and Associate Editor of ACM Transactions on Internet Technology.